At the outbreak of the Great War, many women were encouraged to 'keep the home fires burning' and sit and wait for when their menfolk returned home.  Some took the opportunity to do other work outside the home and were recruited into jobs vacated by men who had gone to fight. And 100,000's of new jobs were created especially for women in munitions factories and on the land.

Many women were inspired - by the growing casualty numbers - to train to help the sick and wounded.  Volunteers known as a Voluntary Aid Detachment or ‘VAD’ for short -  were taught first aid, home nursing and hygiene.  Others trained as motor-drivers, cooks, and ward -maids.

And many national organisations galvanised the women to do their bit -

The British Red Cross organised over 90,000 VAD volunteers – at home & overseas during the war 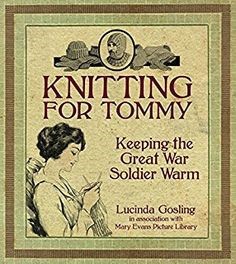 Amongst them were a vast army of women who did essential work from home -   knitting  and sewing and making ‘war hospital supplies’ and over a  100 Brimington  women stepped forward and volunteered for this invaluable effort. They knitted  scarves, hats and balaclavas for the soldiers at the front.  Some sewed nightshirts  & bed jackets for the wounded men in hospital.

And many others were employed to make the never-ending supplies of bandages     and dressings - Brimington mothers such as Mrs Bradley (Queen Street) & Mrs Burr (Oak Close) whose sons where destined to be killed in action.  And Mrs Allen  (Wheeldon Mill) who at one point had 7 sons serving at the front - all joined the effort, together with  many soldiers wives, girlfriends & sisters from the village.

There was an efficient supply network to get the desperately needed items to the hospitals - at home and abroad.

More than 2700 War Hospital supply depots -  organised by private individuals -  were set up during the war – in every major town.  Brimington's depot  –  Depot 4853 -   was organised by Mrs R J Mills at Tapton Grove-  ( two of her sons were to die in the war )

From the depots, items were sent to Red Cross headquarters or directly to soldiers in auxiliary hospitals at home or abroad. 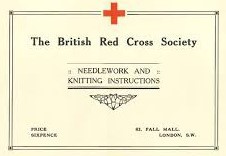 A few Brimington women joined the Red Cross VAD's and moved away from the village to work in hospitals caring for wounded and sick soldiers:-

Mabel Atkinson - born in Brimington in 1900 was the daughter of George & Elizabeth and lived at 17 King Street. In March 1917 she volunteered as a VAD and moved away to work as a 'housemaid' at the 5th Northern General Hospital in Leicester, where she stayed until February 1919.  She was paid for the work and on termination of her employment was given a gratuity of £26.

Harriet Jane Morley (known as Jenny ) from 31 Victoria Street, joined the VAD's  in November 1915 and  also worked at the 5th Northern General Hospital in Leicester - she too stayed for the duration.

Louie Proud - 87 Ringwood Road enrolled in April 1918 and was set to the North Evington War Hospital- where she stayed until after the war ended. Eventually she returned home and  in 1922 she married Albert Shaw and went to live in Staveley.