Brimingtons Teenage Tommies
As many as 250,000 boys under the age of 18 served in the British Army during the Great War

These are just a few of the Brimingtons underaged boys

who were too eager to join the fighting

The legal requirements to join the army at the start

of the Great War was that the recruit must be -
- Taller than 5ft 3 inches,
-Be able to pass certain physical tests
-Be aged between 18 and 38
(although supposedly he could not be sent overseas until he was aged 19)

Private Harold Edwin Hobson born in 1899 and lived with his family in Southmoor Road.  He joined the 4th Bn South Staffordshire Regiment in in 1917 – just before his 18th birthday.

In April 1918 he received a severe gunshot wound to his shoulder and back and was sent to No 14 General Hospital at Wimereux for immediate medical treatment.
It was some weeks later before he could be transferred back to England – first to the Shorncliffe Military hospital and then to the military convalescent hospital at Woldingham.

Even after he had failed to recover fully, the Army board was reluctant to discharge the young soldier, so it wasn’t until just before the Armistice that Harold Edwin Hobson could safely return to his family in Brimington.
He eventually married and lived in the area until his death in 1971.
(Harold Edwin was the younger brother of another Brimington soldier-  Private Fredrick C Hobson - who was killed at Passchendaele just a few months after Harold Edwin joined the war.)

Private Albert Brown was born in the village in 1899 and lived with his family in Station Road.   Aged barely 16 he joined the 8th Bn Lincolnshire Regiment in 1915 and was sent to the front. where he was wounded in the hip and thigh in October 1915.
He spent several weeks in hospital in France before he was shipped back home for further treatment.  It is not clear whether he ever returned to the front to fight again.

Theodore William Hopton – born into a family of local blacksmiths 1899 he joined the Royal Navy on his 17th birthday.

However, at the start of the “2nd World War’ he joined up again but was killed in action on HMS Esk in 1940.

Born in Brimington in 1899 John Bernard Allen was the eldest child of Ben & Catherine Rose Allen of Heywood Street. Shortly after the outbreak of war in 1914 - and despite having 6 young children to support his father Ben joined the colours- with the 2nd/6th Bn Sherwood Foresters - and was sent to France within weeks.

Just months later in May 1915 – even though he was only 16 years old,- son John lied about his age and with apparent ease managed to enlist in the 8th Bn Leicester Regiment .  By the 17th August 1915 18311 Private J B Allen was on his way to fight on the western front. 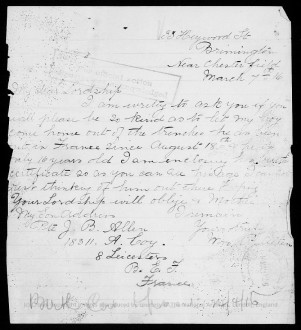 My dear Lordship
I am writing to ask you if you will please be so kind as to let my boy come home out of the trenches he has been out in France since August 18th and he is only 16 years old.  I am enclosing his birth certificate so as you can see his age.  I cannot bear thinking of him out there.  Hoping your Lordship will oblige a Mother.
I remain yours truly........

Yet despite the evidence of his age Private John Bernard Allen remained in France for almost eight months - (even receiving a gunshot wound to his leg) - before the authorities finally answered her plea and her son was allowed to return to Brimington.     John went back to his job as a miner and the family prayed for the safe return of husband and father Ben Allen.

Unfortunately, Private Ben Allen was killed in the Somme area of France on 27th April 1917 – he has no known grave and is remembered on the Thiepval Memorial 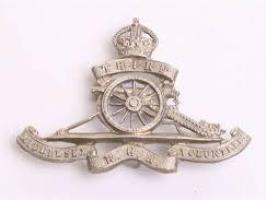 Private Harry Gregg of Heywood Street, was born in 1900 and in 1916 – aged just 16 he signed up with the Royal Garrison Artillery and served on the western front through the war.
He returned home unscathed from the war, got married and had two sons, and died in 1984

Frank Elcock was born in Brimington in 1900 to parents William & Sarah in Victoria Street.

He joined the Royal Naval Division in 1917-  although he was underage – according to his war records – the Admiralty approved his mobilisation.

He saw action in northern France and was wounded in Sept 1918 at the battle of Canal du Nord and suffered wounds to his arm, leg and side.

He was finally demobbed in January 1919 and returned to Brimington shortly after. He died in the area in 1975.

Private Albert Hedges -Born 1899 – and lived in Ringwood Road with his parents.  He joined the army at just 17 years of age and was recruited into the Durham Light Infantry. By the summer of 1917 he found himself near the front line in France.

Only a few weeks later, his parents received a telegram saying that their son had been ‘’..so severely wounded, that the amputation of a leg has been found necessary”

The irony of the terrible news was that the young Brimington soldier had never been in the trenches. A report later confirmed that Alberts company had only been taking food up to the line and they had never even fired a shot, went an enemy shell had exploded close by.

Eventually his parents received a letter from their son, who wrote ‘.. I do not know if you are aware I have got my leg off…  I am doing very well so do not trouble about me’

In 1939 Albert was still living in Ringwood Road, with his parents, and worked as a printer’s clerk.   It seems he never married, and he died in the area in 1948.

PEACE >
Return to top of Page