LETTERS FROM THE FRONT 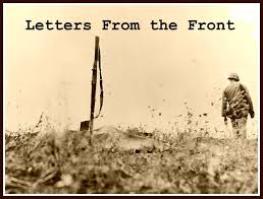 First-hand accounts of Brimington soldiers’ lives and deaths on the front line.  Written by the men themselves, by the officers and friends who fought beside them and the nurses who tended them.
Some died, and some survived the lottery of the Great War

Taken from newspapers, personal accounts and quotes
Our thanks especially to The Derbyshire Times, National Archives &
British Newspaper Archives 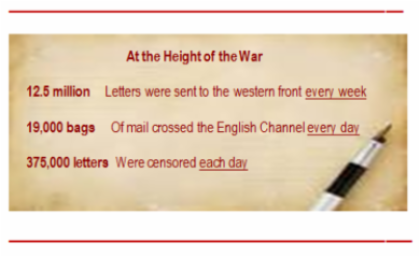 Soldiers were also encouraged to write letters to friends and family at home.

Most men decided it would be better to conceal the horrors of the trench warfare.
As a result of the Defence of the Realm Act of 1914,
all letters written by the men were censored by officers

Soldiers words from the front

March 1918
Private J Fry in a letter to his sister in Foljambe Road wrote..

Private Fry survived the war and returned home to Brimington.

Brimington soldier in a letter to

his mother describes and encounter

“… we had taken many prisoners – young

and old.   The Prussians will stand against anything – except the Scots in their kilts. They have christened them ‘mad women in skirts!”

November 1914  - Private George Symonds - (Brockhill, Brimington) in his last letter home before his was killed a few days later -  wrote......

From a Brimington soldier in the front line, “And two riflemen in our company are picking off the Germans easily from a distance-

Sergeant says they are the best shots in the battalion”

Private Walter Willis wrote to his mother at Coronation Road –

‘They never give up (he said of the enemy)  but neither do we.

Our lads have given as good we get.

For every shell they send – we do the same.  And there are more of them but we are not cowed!’ 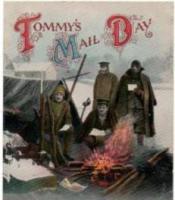 Many Brimington soldiers suffered life-changing injuries and survived. Their wounds were described in graphic detail in letters home

Private Norman Butler in a letter to his mother in Princess Street, Brimington, informed her that his wound had turned out more serious than was expected and that it had been necessary to amputate his right leg.

as he expects to be alright.   Unfortunately the solider is only 22 years of age.

Private A Cocking to his brother in Station Road, Brimington -

"... been in some heavy fighting in the Dardanelles and Im in hospital with severe wounds in back and legs....  not sure if I will recover sufficently ever to return to work....

"..severe wounds in back"

Private Neale in a letter to his mother in Queen Street, Brimington

"..my wounds are in my left arm, hand and also my head.  I fear I have lost my hearing, but I pray not my sight"

Letter written for Private Hatten to his brother in Victoria St, Brimington -

"...amputated below the knee" 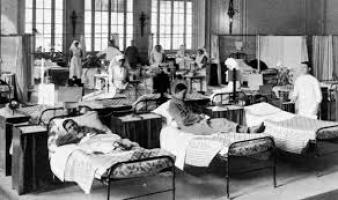 During the battle of Neuve Chappelle, the Brimington soldier received horrendous injuries.  He received a bullet wound to his left leg and as he tried to drag himself to a safer place another bullet pierced his right eye resulting in a 'total loss of that important member'

Somehow, he survived the battlefield and was shipped home to Chatham Hospital.  He had served in India, China, and the South African War, which he said was nothing like the present war.  He said that ‘cold-blooded murder’ better describes the situation on the western front.

"cold-blooded murder’ better describes the situation on the western front" 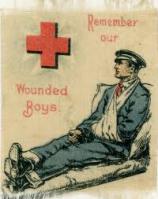 Their brief information was followed by a letter from Sister M Hopton, No.17 Casualty Clearing Station, France which reads as follows-

“ I am very sorry to tell you that your son was admitted to this hospital early this morning severely wounded through the back and abdomen.  Everything has been done and he is having every care and attention”

According to his records it took the Brimington man several years to recover from his terrible wounds, but was an invalid for most of his life.  He died in Chesterfield in 1957 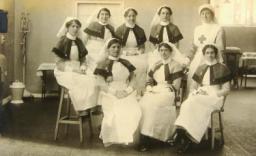 written from a hospital in Alexandria in which he states  that on Sun 8th August he was wounded in the hand, and that his left hand has  been taken off.   He added that the sisters at the hospital are very good to him and
he expects to be coming home soon, as he will be no more good for fighting.

WITH HIS FRIEND WHEN HE DIED

‘I’ve been wounded in the thigh, back and arm… operation tomorrow to remove bits of shells from my back. '   He went on to describe how it happened.

‘The enemy dropped a big shell smack in the trench.  It knocked two out, missed one altogether and hit me and Ernie Jervis.   He shouted to me to ask if I was hit, I told him yes, he said  it had blown his leg off, I don’t know where he is or how he is getting on’

Private Ernie Jervis died that day and his body was never found – he is remembered on the Thiepval Memorial.  Private Cappendale survived the war and returned home to Brimington

Private Ernest Edinboro of Church Street Brimington, wrote to his father about the death of his friend Private Fred Brown -

‘I was quite close to Fred when his death blow came, and I hope to convey my deepest sympathy to his dad and all.   He is buried not far back from where I am – just at the back of the firing line -  and I can assure you and his people that I will do my best to look after his grave.

Private Fred Browns grave was never found, and Private Edinboro was killed in action 31st July 1916 .  Both men are remembered on the Ypres Menin Gate.

Written from the trenches by a friend of Private Sid Farrow,  he described his friends death    '…we were standing together in the German 4th line when a shell burst and Sid was killed...

He was hit in the back and said ‘Oh God’ then he clasped his hands together and was gone!’

‘ ..  He has proven himself exceedingly capable and undoubtedly one of our most valuable NCO’s – the loss of Serg George is felt by all of us officers and men alike’
Letter from commanding officer to Serg Albert Georges wife, following the Brimington soldier’s death from wounds in (Nov 1917)

Written by Platoon Sergeant Ingleton to Serg Walter Malam’s sister in Cotterhill Lane
‘….I felt it my duty to tell you that he was shot through the heart and shoulder – we did what we could to ease his pain but he did not suffer long’  (Jan 1916)

“… He was by far the best corporal in
my Company and I looked upon him
as an ideal soldier.

I always found him as all the best soldiers
are – the best of men and he was I know
universally popular in the Company.

July 1916   Sister R B Downing of the No.13 BEF Hospital to Private Harry Marshall’s sister in Coronation Road…

“..you will have heard the sad news of your brother.  He came in hospital this morning about 9 o’clock but only lived until 12 o’clock.

He passed away peacefully.  His last words were “ You will tell my sister, won’t you?”

“…..with deep and sincere regret I have to inform you of the death of your husband who died the death of a hero.    He saw no fear and did splendid service to his Company in carrying messages. It was while he was doing this work that he was killed instantly and thereby suffered no pain.

Let me ask you, although I know your feeble condition, to bear this heavy blow with courage, as your husband would wish you.  I sincerely trust the Great Comforter will endure you with strength necessary to bear the burden "

From Lady Hughes who was writing on behalf  of Private Collins (South Wales Borderers) who could not read or write..

‘He feels sure you will be comforted to know that he buried your son on 24th July alongside his comrades in a wood where he fell and he was reverently buried.  He took from his pocket a match box and pocket book which I will send  you "

Private Smiths grave was never located – he is remembered on the Thiepval Memorial to the missing.

KEEPING UP MORALE
Despite the hardships and the constant fear Brimington soldiers attempted to put on a brave face in their letters and postcards home. 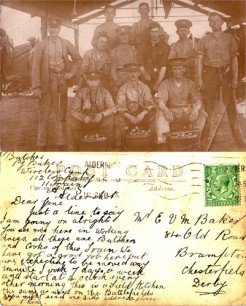 Just a line to say I am going on alright.  You see me here in working dress - all these are butchers and cooks with this train.  We are expecting to be
moved any minute.  I work 7 days a week.  And start at 4 o’clock every other morning.  This is a field kitchen the same as we used on the battlefields – you might send me *Sid’s address please 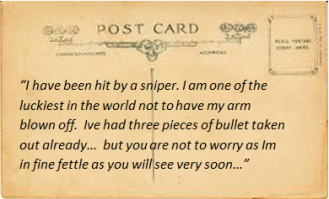 “….. the ambulance work of our army was brilliant..”   and he was sure “..most of the men have at one time or other done as brave a deed as was ever rewarded with
a VC”

Aug 1915  Brief note from a Brimington soldier to his family -

‘'Tell Mr & Mrs Fretwell not to bother   as Joes wounds are not as serious as they might think, they are just enough

to get him back to Brimington for a 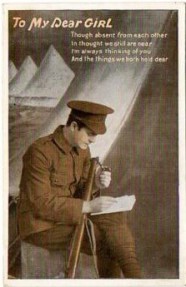 “We had a pretty hot time of it, but we got  well looked after in all respects.  The billet and food were very good were my mates, so no complaints”

Private Jack Newcombe  to his father in Station Road

"I’m in very little pain
now and progressing favourably, so you are not to worry any more.  I will be home very soon thank the Good Lord”

Private W Sambrook to his parents in Princess Street 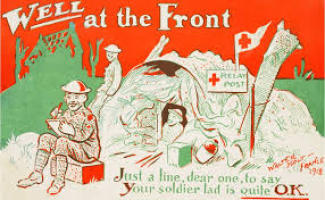