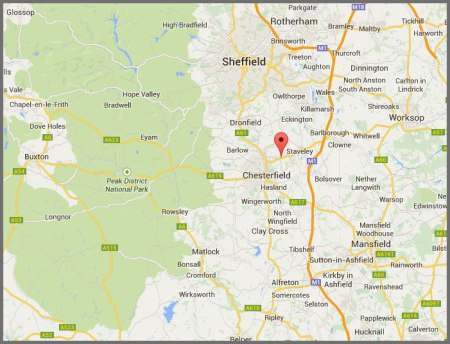 Brimington - on the edge of the Peak District

The village of Brimington sits in the middle of the north Derbyshire coal fields which gave many in the village their livelihoods for decades, and is only a few miles from the glorious  Peak District.

By the end of the 19th century, coal, engineering and the railways had also replaced the old traditional employment in agriculture.

Just before the start of the Great War(1911 census return) the population had grown to around 5300 - a little over half of them male, and according to local records approximately 800+ men associated with the village joined up as volunteers or were conscripted from 1916 following the Military Service Act.

The actual number of village men who lost their lives during 1914-1918 has not been accurately recorded during our extensive research we found more Brimington men than the 120 names who are inscribed of the Memorial Gates -some are buried in Brimington cemetery and others are known to have lived in the village when they signed up to fight. But for what ever reason, their names were not included when the Memorial Gates were commissioned.

So although this memorial website is dedicated to all of the men from Brimington, who fought and died in the First World War - we have concentrated on the 120 lads whose names are commemorated on the  Brimington Memorial Gates. 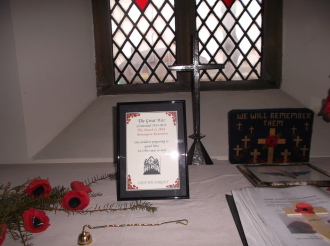 Following  Brimington Church’s appeal   'Sponsor a candle for a Brimington soldier'  in August 2014  to commemorate the start of the Great War Centenary.

With the kind permission of the church we plan to display a memorial plaque in church each month on the 100th anniversary of a Brimington soldiers death throughout the next four years. 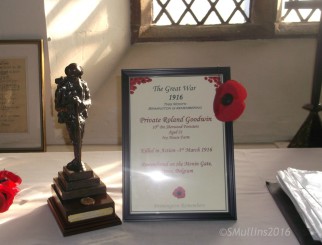 We commissioned a more permanent honour to Brimington’s men in the Great War.  It’s in the form of a small bronze figurine of a ‘Tommy soldier’ head bowed in the classic silent remembrance pose.

We donated it to St Michaels Church where hopefully it will be displayed for many years to come.

Roll of Honour >>
Return to top of Page